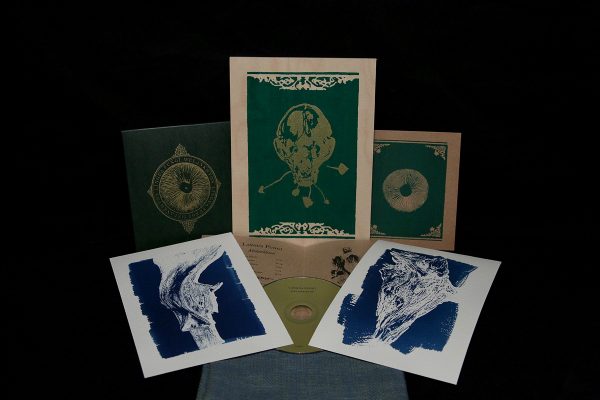 Melankhton deluxe box set is limited to 49 copies and includes the regular CD edition, 2 unique cyanotype prints and a silk-screen printed wooden panel carrying the essence of The Devourer – all housed inside a handmade cloth bag.