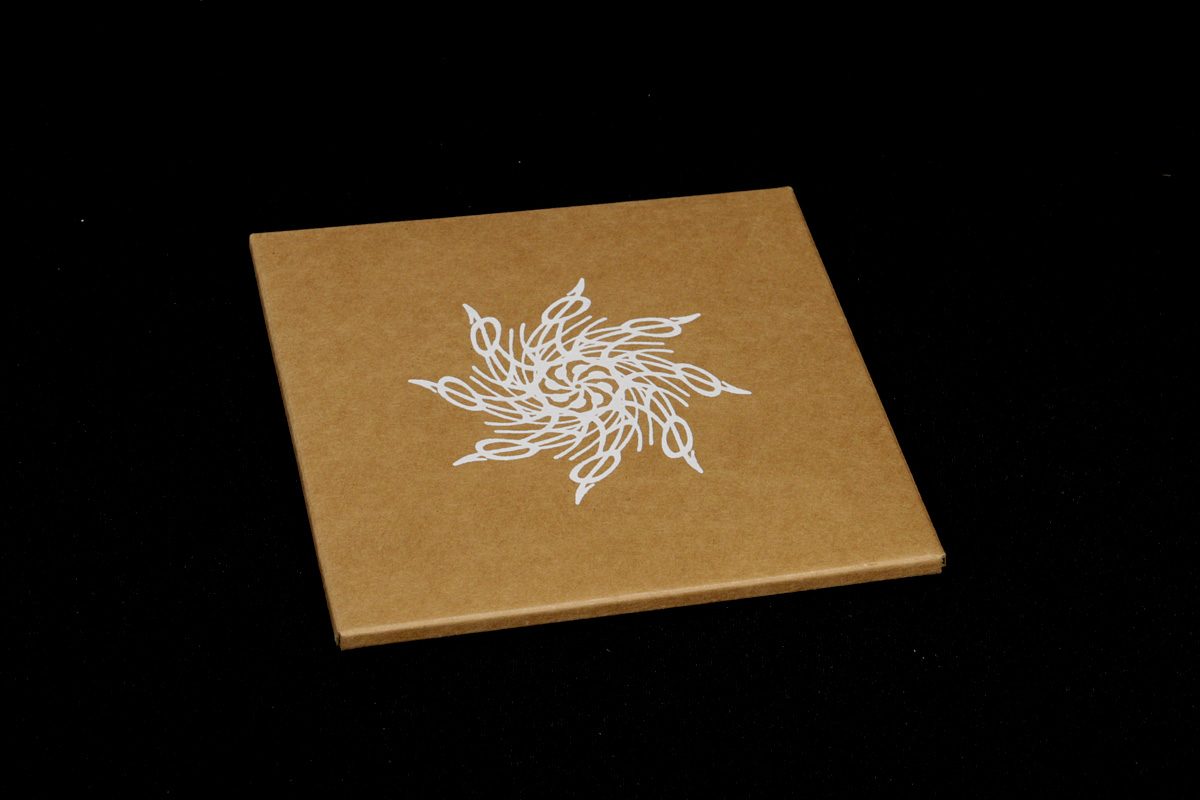 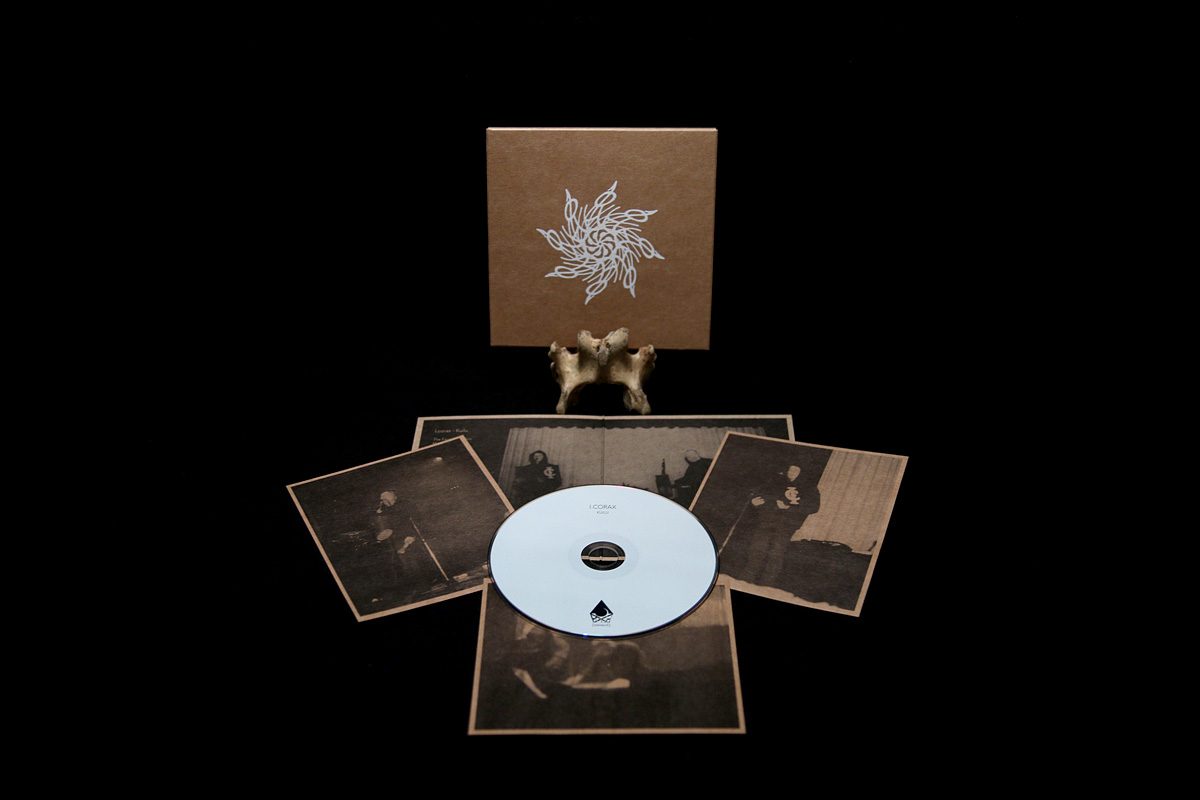 ‘Kuilu’ by I.corax, originally limited to only 40 copies is the last album released by Blue Sector in 2004. The album is finally available through our Stellar Mansion series. ‘Kuilu’ is a live recording of I.corax’s first live performance held in NuKu, Oulu, Finland on 2nd of March 2002.

These four slowly evolving compositions bring forth a mesmerizing and ethereal atmosphere; swirling analogue synthesizer, subliminal electronic-triggers, monotone yet dynamic rhythmic elements are accompanied with haunting un-organic textures, human words and field-recordings captured on tape in the woods under a crescent moon.

All in all the material on this album is simpler and more straight forward than on the other I.corax releases. It presents a stimulating historical overview of the duos past practises; numinous passings through the chasms into and beyond the abyss.

The album is enclosed inside a newly designed and silk-screen printed cardboard covers including three offset printed insert cards and a four panel booklet. Limited to 500 copies.