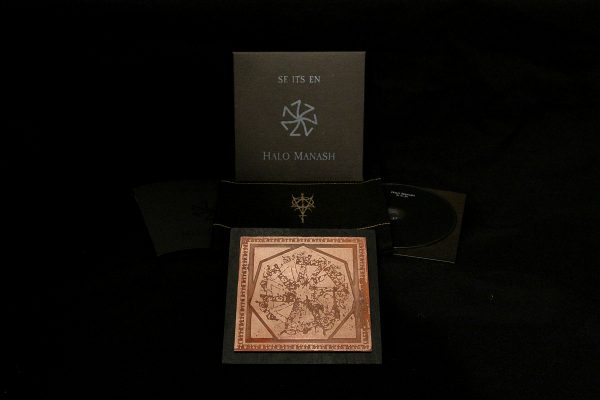 The special edition, limited to 29 copies comes in a handmade and silk screen printed cloth bag including the regular CD edition and a unique etched copper plate.