I.corax ‘The Cadaver Pulse I: Sealed in a Radiant Larval Maelstrom’ CD 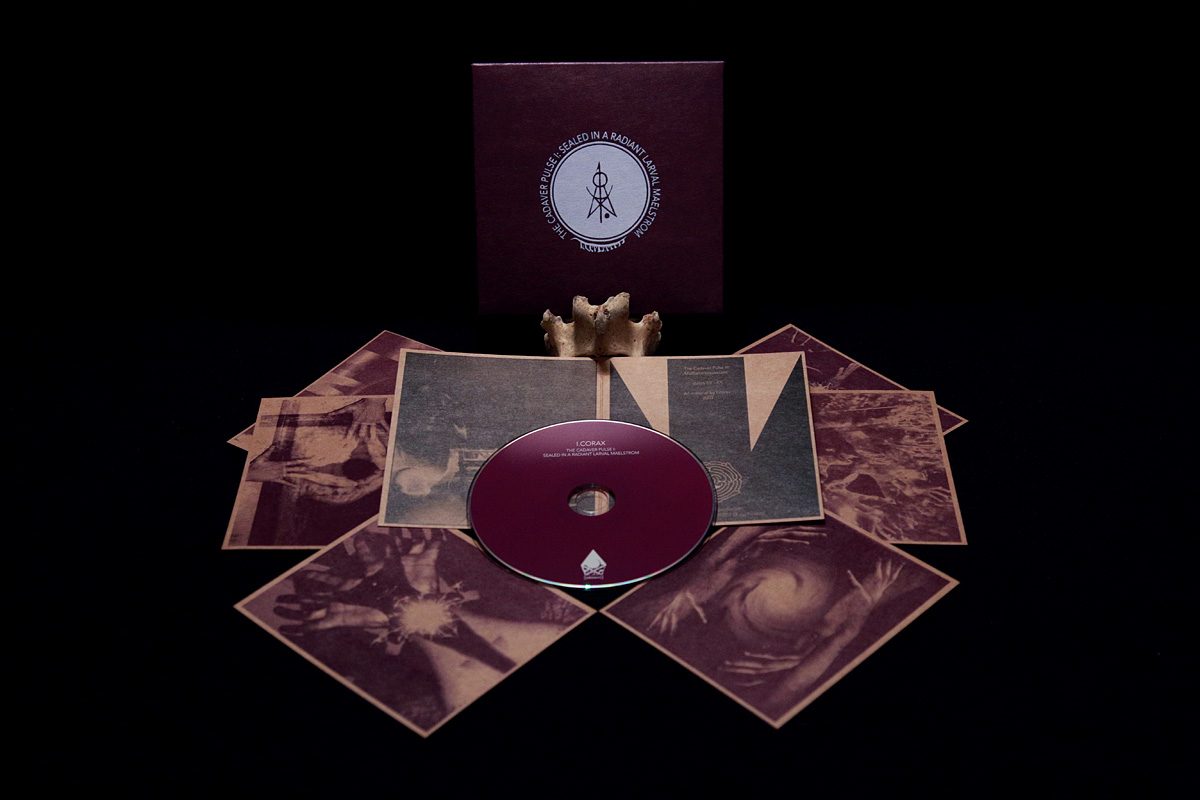 We are proud to present through our Stellar Mansion series the long-awaited first official release of I.corax, a duo formed by AIH and JKV in the late 1998. The album was originally released in an edition of 80 copies through the groups own label, Blue Sector in 2003.

‘The Cadaver Pulse I’ consists of over 70 minutes of very original ambient music that is continuously evolving and challenging. The six states of the album weave a potent radiant web that encapsulates the original, subliminal oneiric visions. The sonic tapestries have been produced mainly from heavily processed natural sound sources such as animals, various field recordings, human voice, wind and bowed instruments that culminate in a work that is archaic and dark, multilayered and harsh. All material was received, composed and mixed during long and intensive recording sessions held in the Blue Vortex, duo’s studio-temple at the time, between December 2002 and February 2003.