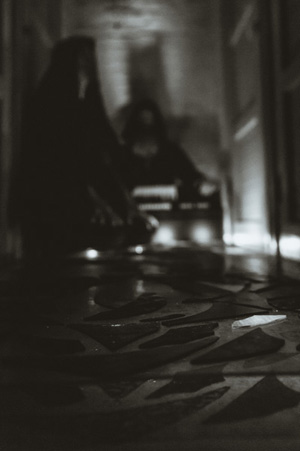 Aeoga is a duo, formed at the beginning of 2004 in Oulu, Finland that deliriously travels the outlandish border-states of the universe (pron. UN-inverse-OM).

Over the years the pair has preferred to remain anonymous and let the music and artwork to speak for themselves instead of focusing on the personnel involved. Their coarse drone ambience and abstract electro-acoustic tapestries are bound firmly together by intense collage artworks and automatic drawings that all strive to bring forth the inmost vision.

The working methods of Aeoga have always reflected a genuine commitment to the intense and intuitive realisation and creation. The sessions are based on a simple, but effective structure; to exhaust mind and body in order to obtain a condition of heightened awareness and thus receive and realise material based on the primordial vision. 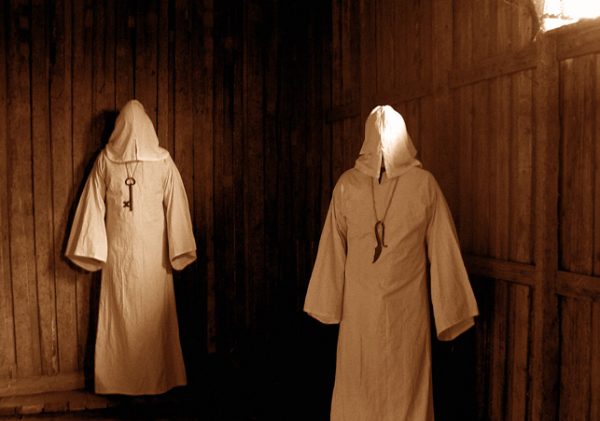 Arktau Eos have never considered themselves a ‘band’ in the usual sense of the word, although their experience in many bands has certainly lent them an edge in working with sound as a transmitting medium. Arktau Eos did not begin as a ‘band’ and certainly not as a ‘project’; behind the scenes, it is more akin to an esoteric exploration unit, a vessel of initiation. Since the beginning, the group has enjoyed a great rapport from outside the music scene, with many independent researchers confirming or augmenting their observations. Like a past bio put it: “The fact that Arktau Eos is not concerned only with the musical dimension can not be stressed enough – taken to the extreme, one could even be justified in claiming that creating music is just an extension of hand from us towards a common context, in which ‘those in the know’ may recognize each other – in silent understanding. Arktau Eos is – should be, will be – pure being, a stream flowing through us, even if by default coloured by our own predilections.”

Arktau Eos firmly believe in the power of music as much more than entertainment, given it is nurtured in a proper environment and treated as sacred, with a focused, serious spiritual intent. To this end, Arktau Eos work meticulously in the confines of their special temple-laboratory, an analog studio, and employ field recordings and snapshots of unheralded apparitions in the mix. Most of the time, they record on real, old-time reel tape, using a host of unusual, ethnic and self-built instruments of wood and bone, gongs, large frame drums, as well as various synths and modular synthesizers.

Never prophets on their on own land, and not interested in being such either, Arktau Eos have held the majority of their performances overseas: in the U.K. (including London’s Equinox Festival), Russia (three mini-tours with performances in places ranging from clubs to museums); in the United States (at the Esoteric Book Conference in Seattle, and twice at Stella Natura Festival in Sierra Nevada); Romania, Norway, Sweden and Germany (Wave Gotik Treffen).
They were also invited to contribute a track to Tesserae 1.0, a musical supplement to Abraxas: International Journal for Esoteric Studies no 2. (Fulgur Limited 2011). The music of Arktau Eos has also been used at Muzeum Alchymie in Kutná Hora, Czech Republic. 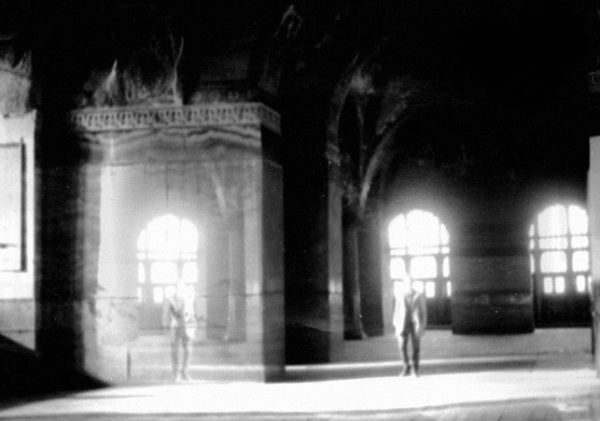 The sound itself is a ritual, which enables one to gain insights to the Heart of the Great Hologram. Bodies, spirits and elementals may remain unseen, but not un-sensed. Their presence is felt through the ambiguous, long, unbroken orchestrations of drone – which form a radiant, holographic path leading to loss of self-consciousness.

Aural Holograms – born after the proto-vibration, resurrected after aeons and finally finding its embodiment in 2006 – is a group that focuses on fieldwork, aural excavations, conservation and embalmment of the archaic environmental pulsations and long forgotten atavistic forces lingering in the sub-mental states of All beings. Aural Holograms approaches holistic realisation of these forces through various sectors of acoustic reseach, and does not hesitate to don a mask, when it is time to call all the elementals into being once more.

Aural Holograms grant a multisensory experience through an engulfing and mystic atmosphere – an expedition revealing a passage to self-mummification. 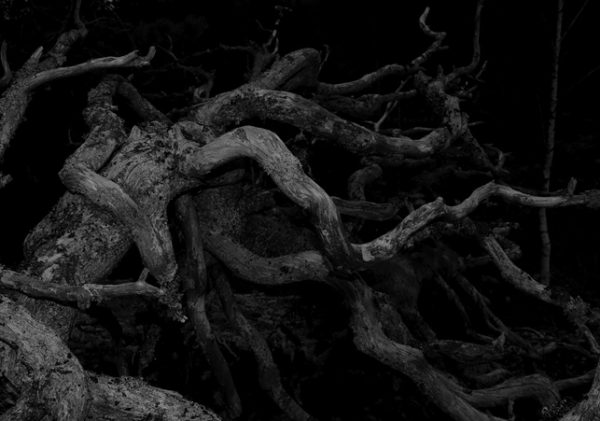 Halo Manash is an entity drawing its life-force from beyond all limitations. It is a means through which we communicate, a vehicle for bridging the worlds of being and non-being, for journeying to the depths and heights. It is a call – a symbol ever-present and thus not bound by limits of time and space.

Halo Manash signifies both the one and the many at the same time: the abstract and the concrete, the hidden and the revealed… the ever-flowing; evolution, expansion, the cyclic yet progressive continuity.

It is the aim of the personnel involved in Halo Manash to seek, explore, experience, study and decipher reflections of the ever-shifting shapes and spaces of different worlds. These findings are presented through Elemental Music and various visual elements. In Halo Manash, sound and movement come together as rhythmical language that facilitates communion with elemental beings. Our aim is to revitalise one of the oldest subconscious forms of communication, to open the gates with the aid of music and widen the horizon of perception concerning states of otherness lying in-between the cardinal directions. Halo Manash is a pilgrimage to the borderlands of dreams, pure consciousness, and primal being. 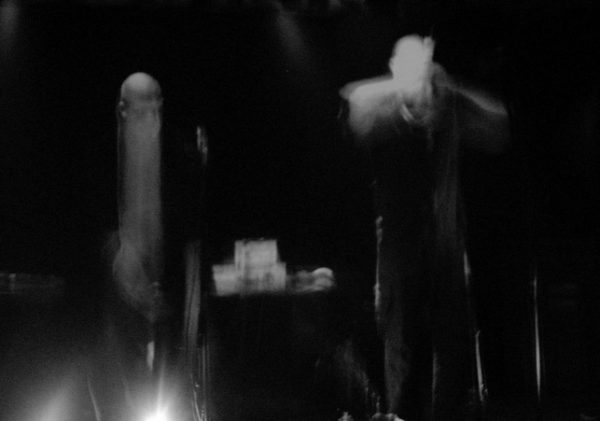 I.corax is a duo formed in the late 1998, and part of the Helixes collective from day one. Through long and intensive recording sessions and energetic live performances, I.corax has been since the beginning reaching towards unexplored musical pathways and mystical experiences. The intention and driving force of the duo has always been to reach the purest possible states and modes of expression. The personnel, AIH & JKV, consider themselves as seekers or explorers, trying to express and manifest by means of sonic symbols the spectral phenomena found in the moment. 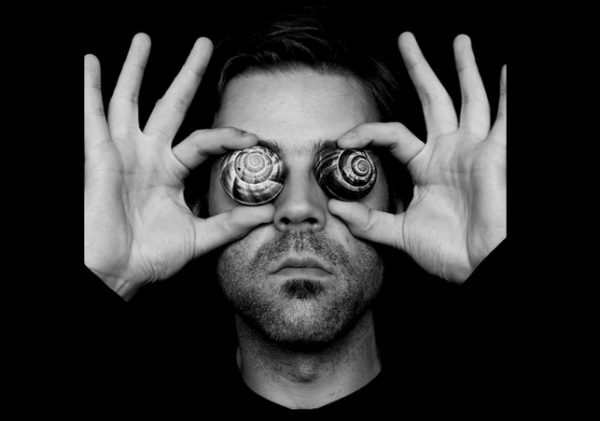 Lingua Fungi has been working in the field of acoustic drone and ambient since 2001 and is run by J. Padatsu, who has during the years appeared in the Zoat-Äon live lineup and is currently a member of Halo Manash. 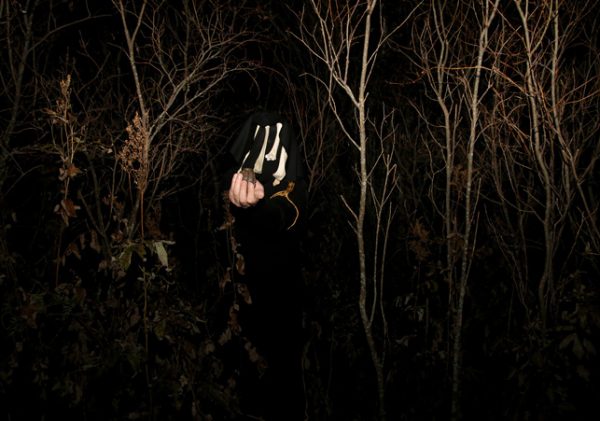 Templum N.R. is a temple dedicated to Nightside Revelations and in this temple other worlds, paraller universes and realities are present both in sound and vision. The repertoire of the group consists of telepathic resonances received while travelling in the Spheres of Otherness and is presented through obscure electronics, eternal & eerie melodies and droning, swallowing textures. The material of the Temple will travel deep inside the listeners subconsciousness and foster the understanding of a Formless Sacrifice. The Otherness is unleashed in the surroundings inhabited by the group’s output.

NOTE: There will be no official presence of Templum N.R. in the global system of interconnected computer networks. If you would like to receive traditional paper newsletters, unique artworks & exclusive audio tapes of the group, please join the official Templum N.R. subscription list. Contact via email for details.

Templum N.R. – ‘I am His Sacrifice’ official video: 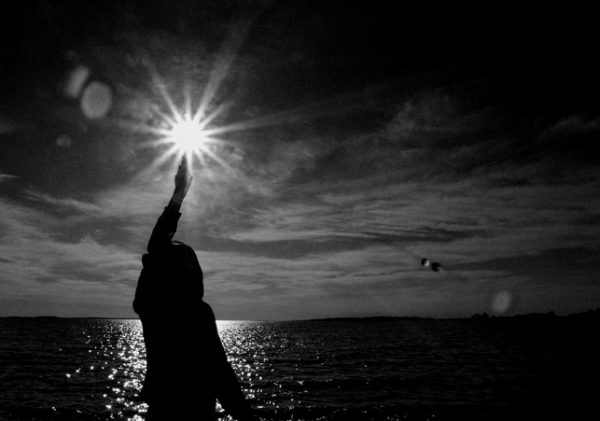