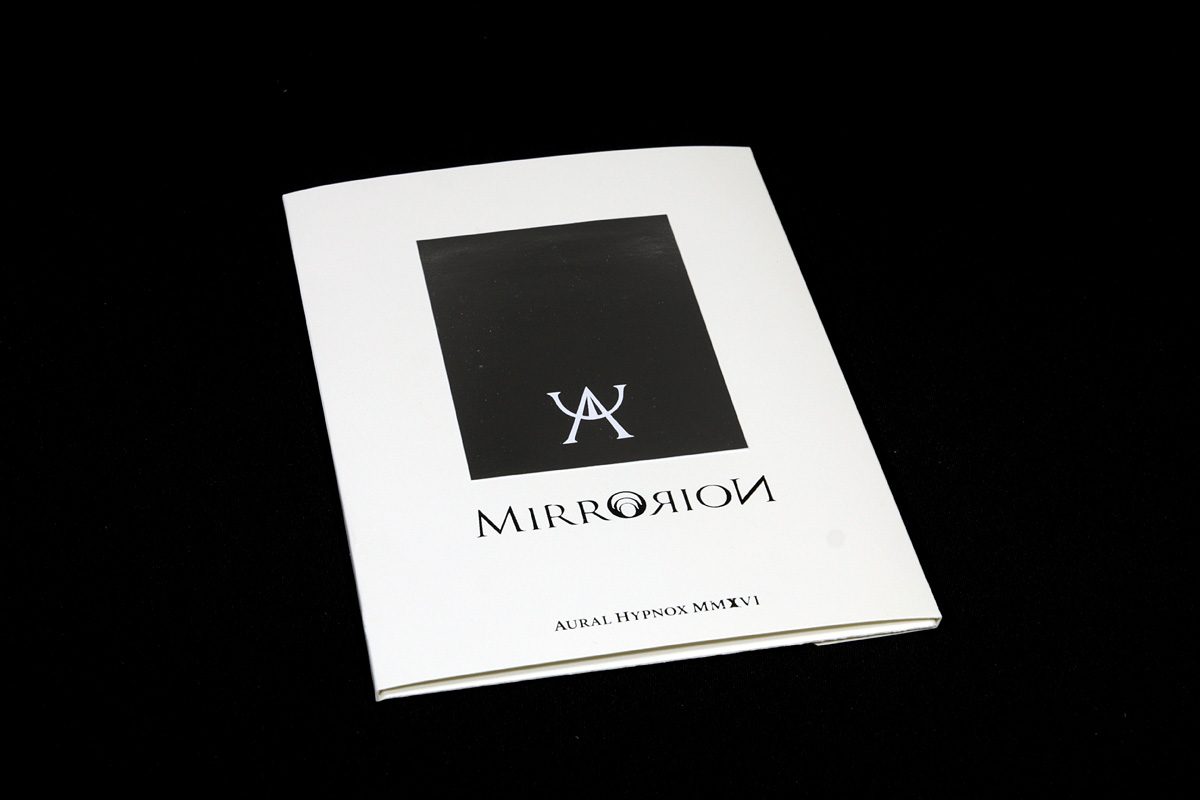 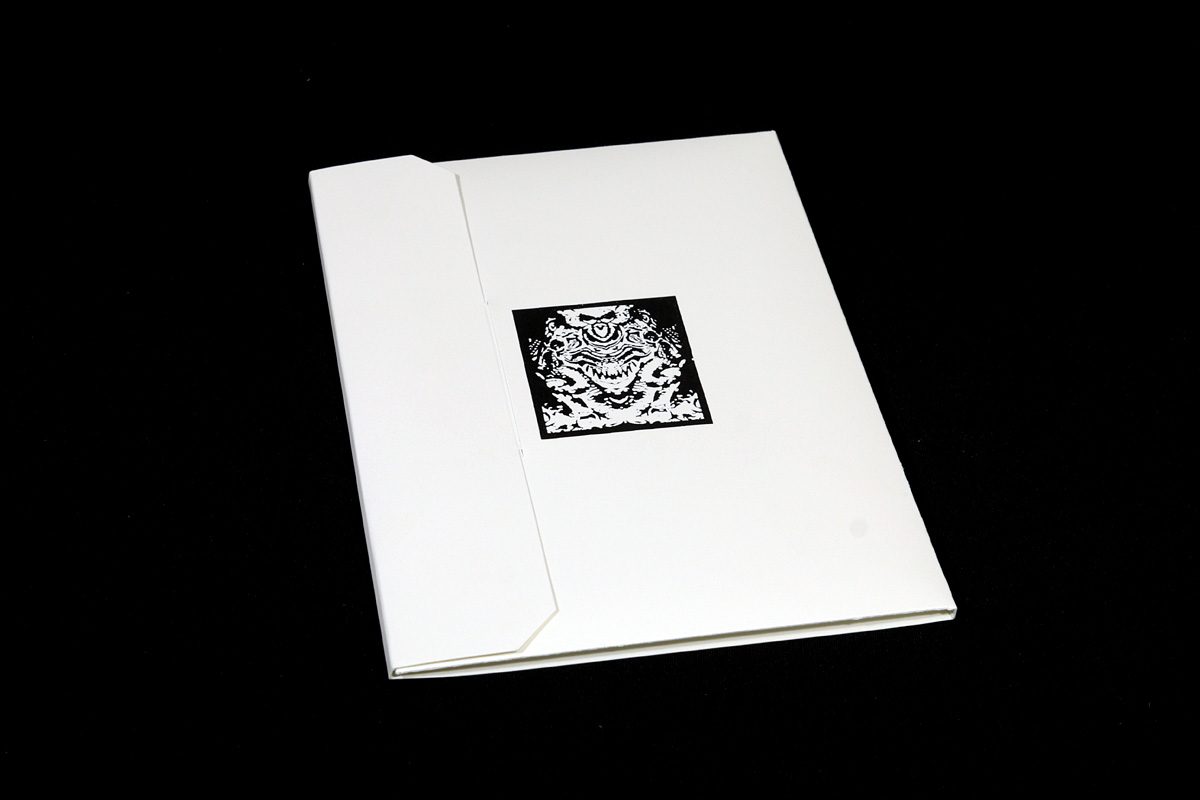 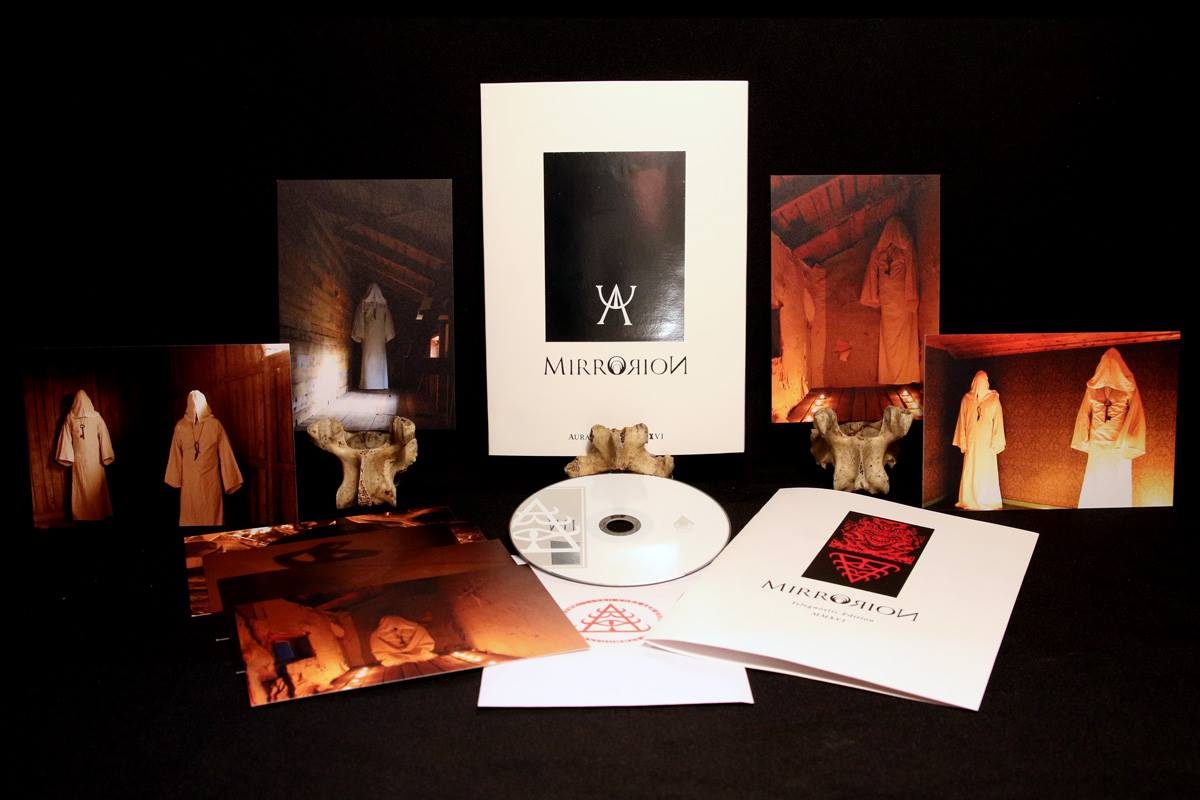 After a long period of unavailability we are proud to release the debut album of Arktau Eos ‘Mirrorion – Telegnostic Edition’ through our Stellar Mansion series.

The album is enclosed in an oversized screen printed cardboard covers including an 8-panel booklet with historical and other additional notes and eight full-colour insert cards within a stamped envelope. Limited to 493 copies.