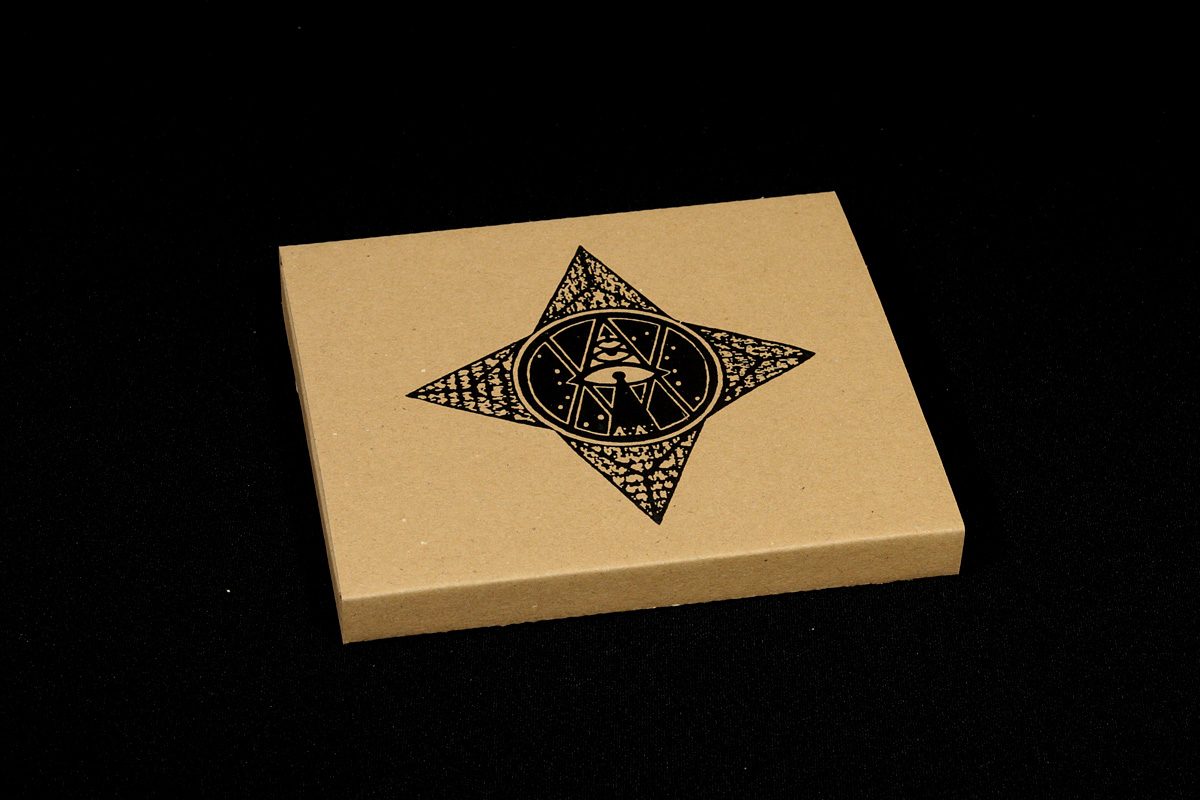 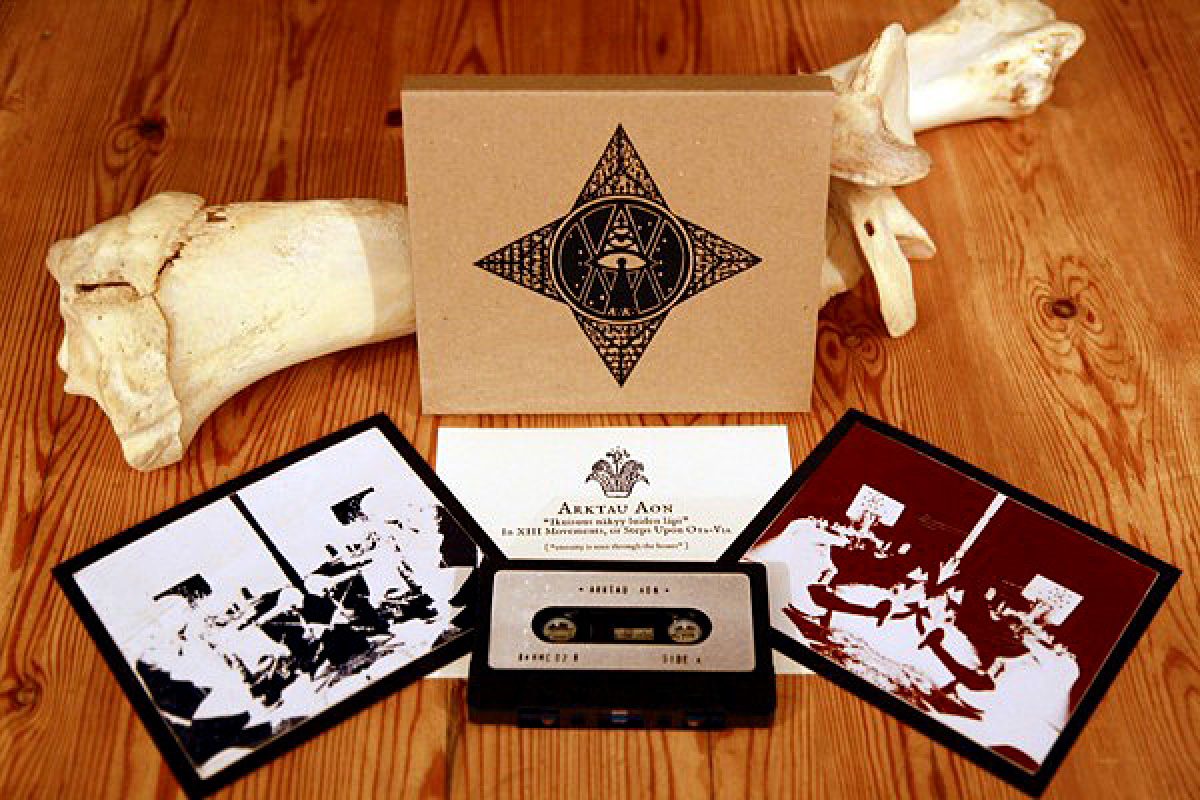 Thought lost and subsequently forgotten, a complete album by AIH & AIL of Arktau Eos and JKV of Zoät-Aon was recently rediscovered. This unknown chapter in the evolution of the classic Finnish ritual sound originates from sessions held in May 2005, when Arktau Eos was still unnamed, beginning work on their seminal opus ‘Mirrorion’ and Zoät-Aon had just released the equally influential ‘Star Autopsy’ CD.

The album retains the original title of the sessions: ‘Ikuisuus näkyy luiden läpi’, Finnish for ‘Eternity Shines Through the Bones’, and for purposes of this release the group is named simply ARKTAU AON. ‘Ikuisuus näkyy luiden läpi’ is enthusiastic, youthfully vigorous and decidedly ominous ritual music with a total running time of 31:53. Instead of songs, it is divided into different ‘movements’ or phases: it resembles a field recording of some obscure ceremony from a far-off corner of the world. Boasting a raw but good, clear sound, ‘INLL’ remains unaltered save for the mastering done in 2013 at Katajan Kaiku studio.

The album will be available in two editions: 289 CDs and 50 cassettes. Both editions will include two hand-finished photo prints (selected randomly from a set of 32 prints), an insert and silk-screen printed cardboard covers.