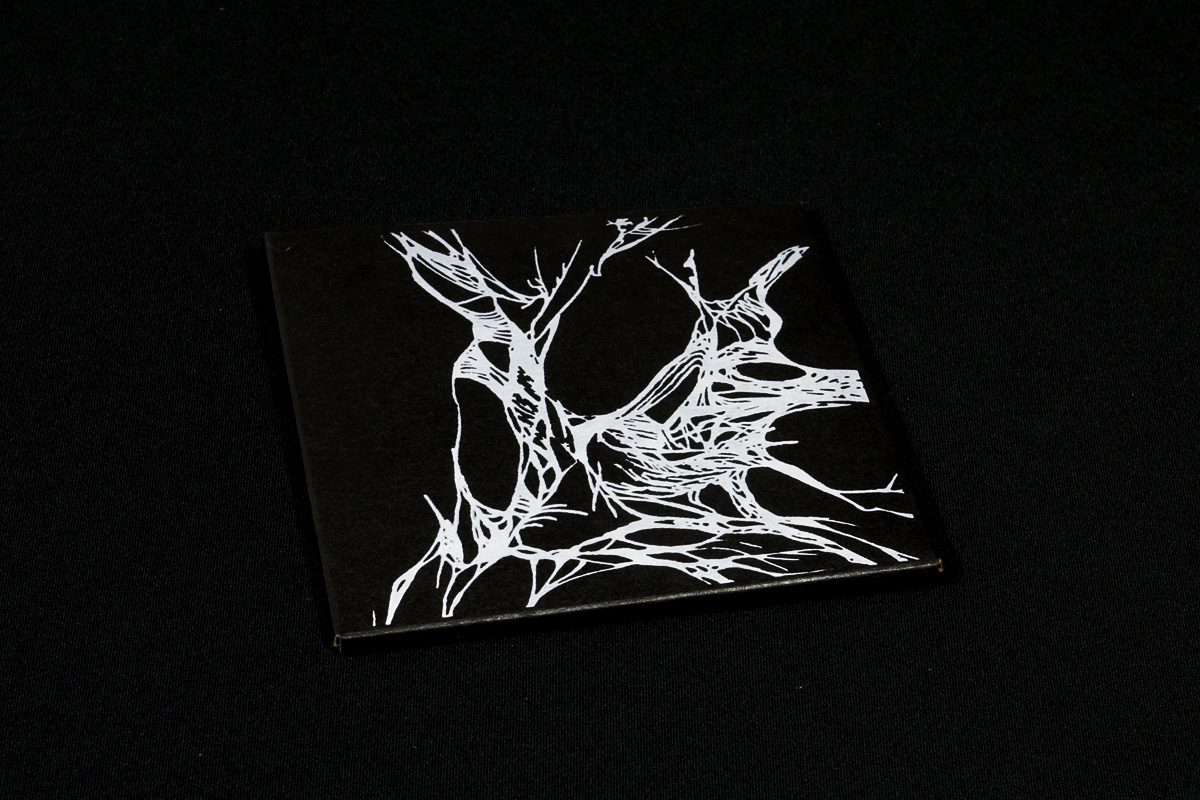 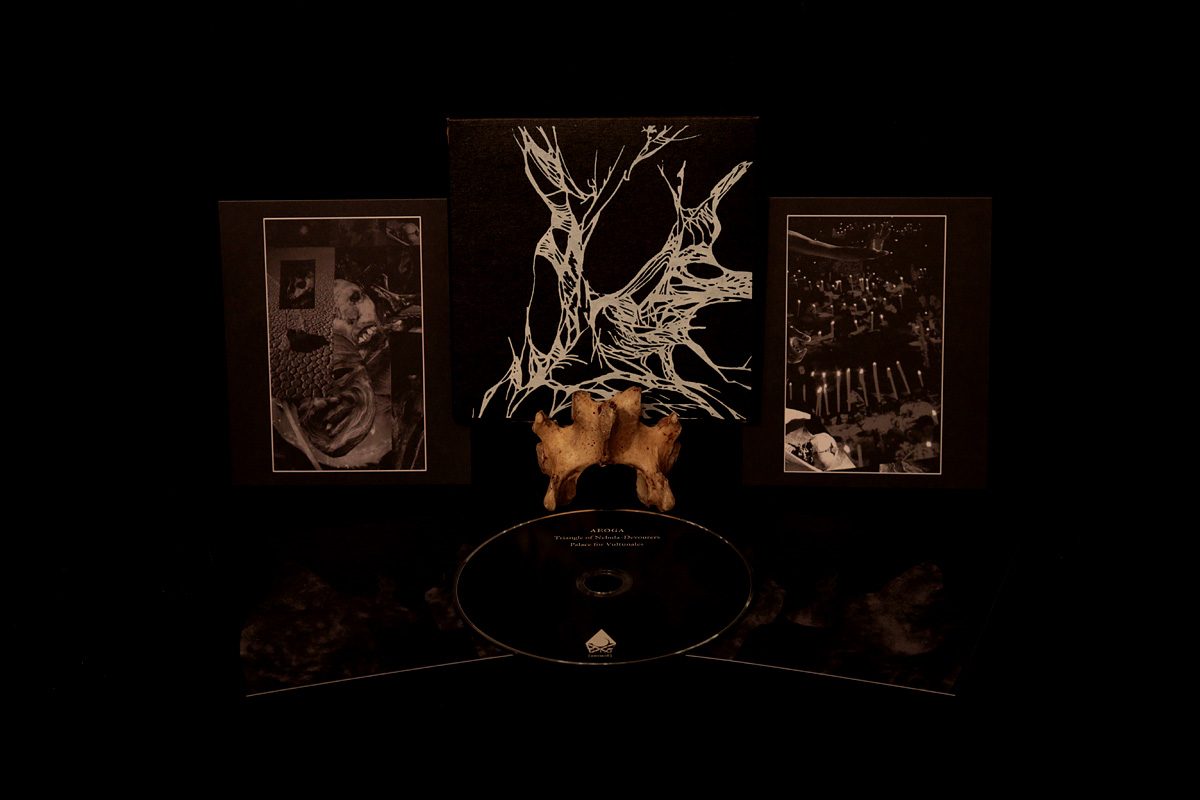 After a decade of unavailability we are proud to release ‘Triangle of Nebula-Devourers’ and ‘Palace for Vultunales’ by Aeoga on a CD through our Stellar Mansion series. Both of these were previously released in 2005 simultaneously with the ‘Zenith Beyond the Helix-Locus’ album; ‘ToND’ was limited to 100 CD-r copies and ‘PfV’ came exclusively as a part of ‘ZBtH-L’ deluxe box set that was limited to only 40 copies.

‘Triangle of Nebula-Devourers’ presents three electro-acoustic pieces that will take you through the hazy desert toward the non-spatial zero time. Tempesting, obscure and flowing archaic ambience where meditative rhythms, transcendental resonances and abstract passages blend together – sonic alchemy that will permute the sub-/ non-conscious patterns of the Self. This album is an incomparable outcome in the field of experimental and abstract ambience.

The album is enclosed inside a silk-screen printed Stellar Mansion cardboard covers including four, two-sided insert cards. Limited to 500 copies.