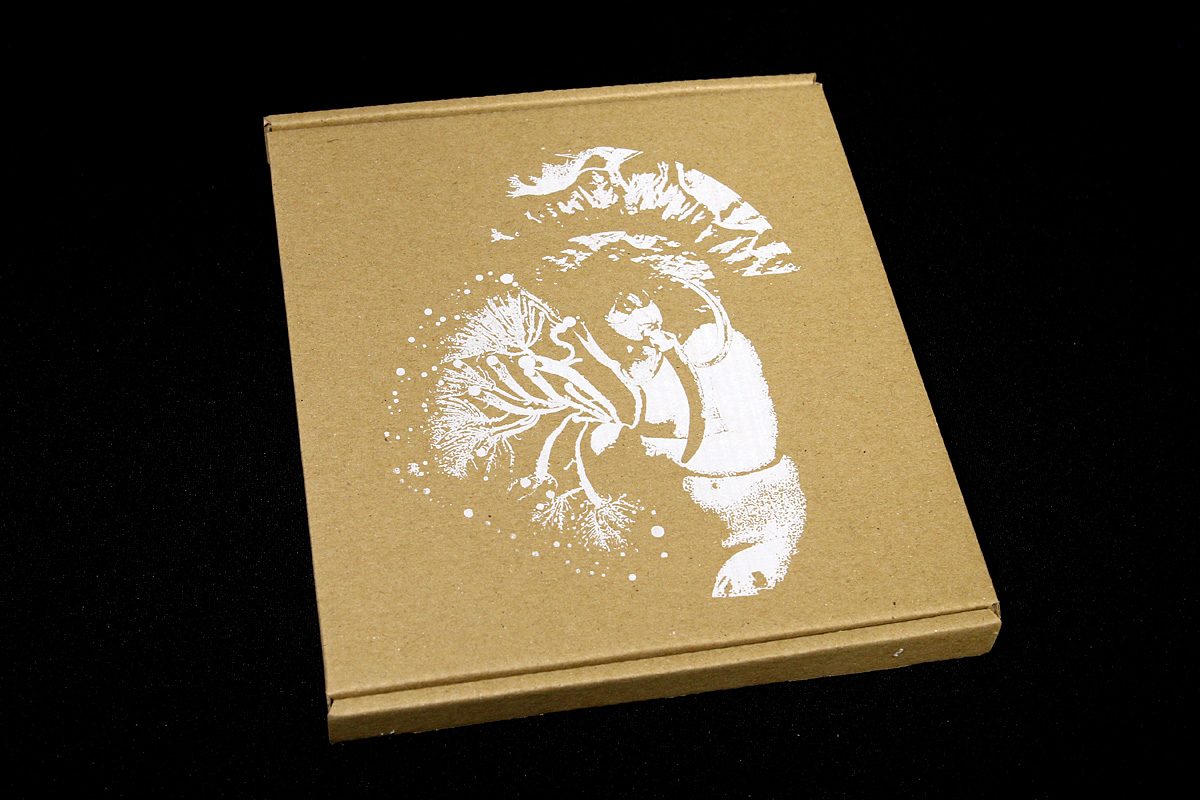 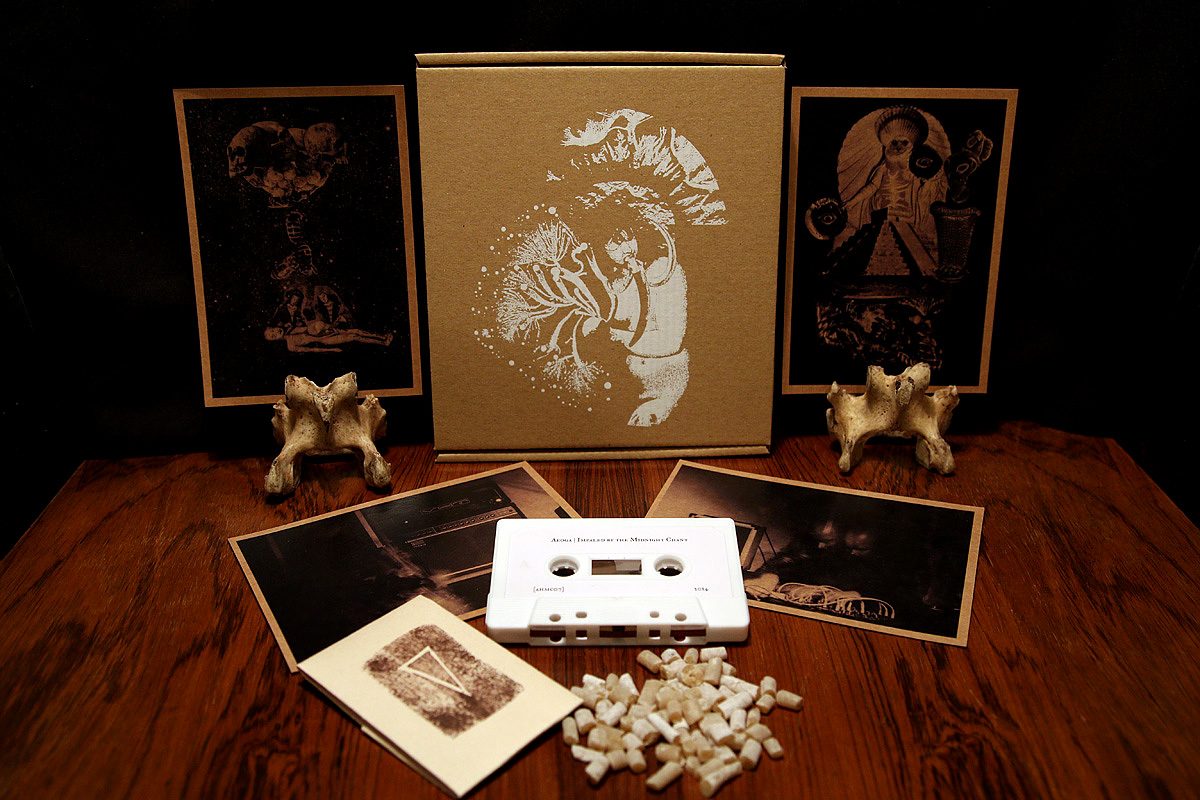 We are proud to present ‘Impaled by the Midnight Chant’ by Aeoga through our Underworld Editions. This is the latest recording of the duo and presents both the studio-live and live versions of their currently presented live set.

From the chambers of midnight heralds, the trifold influx of waiting shadows is shimmering in the polar night. The poison is dripping from the stars as the outré communique wilts in the howling of opening earths. Animated in the looming sidereal fields the forms possessed of their own essence enter into the caverns of the roaring chant.

Rough guitar drones, eerie slashes from chanting saw and shadowy rumblings from self-built modular synths and tape-loops culminate in a work that could be described as a psychedelic slowly moving mass of ritual electronics.